Electric bikes can run at a maximum speed of 28 mph or 45 km/h for the average e-bike. However, certain electric bike brands have recorded higher speeds up to 50mph.

Riding a regular bike gives you complete control over your speed, and it’s easy to get around, but when it comes to electric bikes, how fast do they go?

The computers in electronic bikes are set to particular top speeds. E-bikes differ from MTBs and road bikes because they have a motor that can help you ride faster.

A typical electric bike can go up to 20 mph. Most electric bikes can’t go faster than 28 mph because of the speed limit. Exceeding these limits may cause the e-bike motor to cut out.

E-bikes have significant benefits, like helping you stay fit while enjoying the fresh air. When compared to their regular counterparts, they do have some extra benefits, such as:

Speed is a unique feature you will experience when riding an electric bike. With the help of a motor, the speed goes up when you pedal.

This will allow you to cover a longer distance in a short amount of time.

The motor and electronic drive system of electric bikes turn on automatically when you start pedaling.

This makes it easier to find your balance, which is especially important for people who have never ridden a bike before or have certain health problems.

E-bikes are more tax efficient when compared to cars.

In some parts of Europe and America, you can get a percentage of your taxes refunded if you buy e-bikes. Suppose it is below a specific price.

For example, the US allows a 30% credit for purchasing bikes costing $1500, and the UK does not tax electric bikes.

Electric bikes have a “softer” pedal requiring less acceleration. This means that you’ll get more miles when using an e-bike, and you can go further than you would when you use regular bikes.

If you are a bit vain, one perk of riding e-bikes is that they make a slight humming motor sound while pedaling.

best electric bike for the money 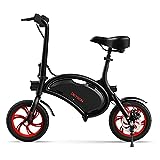 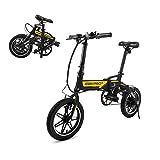 Electric bikes have 3 classes. They are class 1, class 2 and class 3. Let’s take a look at them.

Class 1 electronic bikes have motors that only work when you push down on the pedals.

They have a pedal-assist mode that makes the bike unable to be operated even with electricity, except the pedal is pushed.

Class 1 e-bikes have a max motor wattage of 750 watts and can only go 20 miles per hour at most. This class of bike usually has a longer battery life.

Just like Class 1 bikes, Class 2 e-bikes can also go up to 20 miles per hour at their fastest. The major difference is that Class Two bikes have a throttle that turns on the drive system.

The throttle system, which is usually on the handlebars of a bike, can be controlled by pressing a button or turning the grip.

Bikes that have throttles and pedal assists at the same time are also under this class. You can enjoy a top speed of 24 mph when using assist or 15 mph when using only electricity.

With this class of electric bikes, you might not need throttles because they have an upgraded motor system. Most of the motors on these kinds of e-bikes are 750W.

When you choose a Class three electric bike, you can go up to 28 mph at full speed. Using this class of e-bikes will require you to meet specific regulations because of their speed capacity.

In most states, you can only ride a class 3 bike if you are 17 years old and above. You may also require licensing.

How Fast Can Electric Bikes Go Without Pedaling?

When you ride a class 2 bike, you can use a throttle. Which means you won’t have to pedal at all.

This throttle allows you to go at a maximum speed of 15 mph without pedaling at all.

The terrain of the road can also influence the speed you can go without pedaling. A smooth road that slopes downward can help you gather more speed than one that is rough and hilly.

How Fast Do Electric Scooters Go?

Electric scooters for adults have an average top speed of 26 mph (42 km/h). Many factors come into play when determining how fast an electric scooter can go.

Factors such as the motor, battery capacity, rider’s weight, tires, and terrain contribute to defining its actual speed.

A 500 watts electric bike goes around 20 mph on regular paved roads. However, motor power is not the only factor in the speed, It also depends on several other factors.

A 750W electric bike can go up to 20 to 28 miles per hour. However, motor power is not the only factor in the speed, It also depends on several other factors.

A 1000W electric bike can go up to 28 to 35 miles per hour. However, motor power is not the only factor in the speed, It also depends on several other factors.

A 1200W electric bike can go up to 30 to 35 miles per hour. However, motor power is not the only factor in the speed, It also depends on several other factors.

A 1500w e-bike averages 40 mph on regular paved roads. However, motor power is not the only factor in the speed, It also depends on several other factors.

A 2000W electric bike can go up to about 38 to 43 miles per hour. However, motor power is not the only factor in the speed, It also depends on several other factors.

A 3000W electric bike can go more than 50 miles per hour. However, motor power is not the only factor in the speed, It also depends on several other factors.

A 5000W electric bike can go up to 100-80 miles per hour. However, motor power is not the only factor in the speed, It also depends on several other factors.

Are e-bikes Faster Than Regular Bikes?

But regular bikes are pretty fast, too, depending on their rider’s strength and pedaling speed.

E-bikes generally have a set speed limit set by manufacturers. Exceeding these limits could result in damage to the motor system.

However, when you compare e-bikes and regular bikes under identical conditions like equal pedal strength and tempo, the e-bike always comes out victorious.

What is the top speed of electric bikes?

Electric bikes have an average top speed of 28 mph or 45 km/h. Some e-bike brands may be faster depending on certain factors.

Yes, electric bikes can go up to 30mph, but you need to pedal to reach such speeds.

Depending on the motor size, you can only reach about 15-20 mph with an electric bike, but pedaling alongside can take you to 30 mph and even over.

How far can an electric bike go?

Electric bikes can go between 20 and 100 miles on a single charge. An electric bike can go as far as the battery power can take you, which differs from e-bike to e-bike.

The class of the e-bike you are riding also plays a significant role in how far you can go.

Pedal-assist electric bikes (class 1 e-bikes) are generally more efficient at conserving battery life when compared with the other classes.

To know how far your electric bike can go, you’ll need to divide the watt capacity of your battery by the bike’s efficiency in wh/miles.

If you have an e-bike with a battery power of 450 watts and an efficiency of 15wh/miles. This will give you a range of 30 miles.

Note that factors like rider’s weight, terrain, wind, and other factors can limit the distance an e-bike can actually go.

Is an electric bike good for long rides?

Yes, an electric bike is suitable for long rides, but you will need to invest in appropriate touring e-bikes.

Electric bikes are an innovative way for people to travel farther in a shorter time using as little effort as possible.

With the electric drive system of an e-bike, your bike riding can be taken to the next level. Just remember to always stay within set limits to avoid damage to your motor system.