No, cycling does not cause hemorrhoids. Cycling puts pressure on the veins in your anus and lower rectum, which make hemorrhoids worse if you already have them.

In this article, we will discuss what hemorrhoids are and some major factors that might contribute to an outbreak of hemorrhoids.

We’ll also try to mention the treatment and prevention of hemorrhoids. Finally, we have provided a list of advisable to bike and seat with hemorrhoids.

So you won’t have to worry about being in pain while you ride.

What Is a Hemorrhoid Exactly?

Hemorrhoids are bulging veins found inside or outside the anus. They are often referred to as piles by nonmedics.

There are three different kinds of hemorrhoids, and they are as follows:

Most of the time, they don’t even realize they have it until they notice blood in their feces when they go to the bathroom.

Simply put, an external hemorrhoid is an enlargement of the veins that surround the anus.

External hemorrhoids will cause most people to experience discomfort or irritation, and some may also experience bleeding, pain, or itching.

It is important to avoid doing anything that could worsen the symptoms of external hemorrhoids, disturb the healing process, or aggravate it.

A thrombosed hemorrhoid is caused when blood collects and forms a clot inside existing hemorrhoid. This can happen in either an internal or external hemorrhoid.

An internal thrombosed hemorrhoid may be more difficult to detect. However, it may also cause more bleeding due to the swollen vein.

An external thrombosed hemorrhoid will feel like a swollen lump around your anus of hard tissue. It will also be very painful and may even break open and bleed.

In either scenario, you need to look for any signs of bleeding that might develop.

There are various causes of hemorrhoids. We have tried to list a few reasons below:

Exercise improves digestion, but when done incorrectly, it can worsen hemorrhoids.

Since sitting on a bicycle seat puts pressure on the afflicted area, cycling often aggravates the problem and causes more pain and swelling.

In addition to straining the lower back, weight lifting can worsen hemorrhoids.

The best exercise for hemorrhoids is running, walking, swimming, or doing yoga, Pilates, or aerobics.

Hemorrhoids can be prevented or improved through exercises that will enhance muscle tone.

Can Bike Riding Cause Hemorrhoids?

Despite popular opinion, the development of hemorrhoids is not caused by riding a bicycle.

However, riding a bike is uncomfortable for people who suffer from hemorrhoids.

Hemorrhoids already inflamed are likely to be uncomfortable from the friction caused by repetitive motions near the anus.

The good thing is most cases of hemorrhoids clear up after a few days. That would, however, not happen if you keep riding.

So, as disappointing as it is, you may need to take a break to give your annoying hemorrhoids a chance to heal.

Is Cycling Bad For Hemorrhoids?

Yes, cycling is bad for hemorrhoids. Hemorrhoids are made worse by biking because it increases pressure, which irritates the already sensitive tissue. It also decreases the amount of blood that flows to the affected area.

To this end, if you have hemorrhoids, you should limit how often you go on bike rides.

If you don’t, you may find that your hemorrhoids become more irritated, and you may even start to bleed.

Cycling while suffering from hemorrhoids may cause the condition to worsen and cause it to take longer to heal than it would if you did not cycle simultaneously.

Is it Advisable to Bike with Hemorrhoids?

As we have seen, hemorrhoids are not caused by cycling, but if you already have them, it is probably not the best idea to take up cycling as a form of exercise.

Because cycling irritates hemorrhoids and causes more pain and swelling, you may need to take a break from cycling, even if it’s just for a short while, while your hemorrhoids heal.

Exercising is something that should be done even if you have hemorrhoids. So, maybe take a hike instead of riding your bike.

It only takes a few days for hemorrhoids to go away on their own, so the best thing you can do to ensure that you heal as quickly as possible is to stay away from anything irritating you.

If you have hemorrhoids and want to ride a bike despite them, you should limit your rides to short distances and stay off of trails. 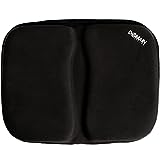 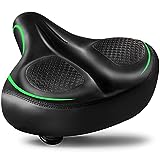 Read our another article on best bike seat for hemorrhoids.

How Do You Avoid Getting Hemorrhoids While Cycling?

There are some precautions you can take to avoid getting hemorrhoids while cycling.

A comfortable bike seat should be your priority to avoid worsening your hemorrhoids.

The majority of bike seats have the potential to aggravate a person’s hemorrhoids.

However, seats are designed to reduce discomfort and enable cyclists to ride their bikes without worrying about aggravating their symptoms.

Loss of biking shorts can bunch up and add pressure to your anus. Therefore wearing fitted shorts helps to relieve pressure and friction when you ride.

Train on a Recumbent Bike

Recumbent bicycles are the kind that is typically found in fitness centers.

On this bike, your weight is distributed evenly, unlike on a regular cycle. This is because the seat is designed in a way that reduces the amount of pressure that is placed on the anus.

You can get over-the-counter creams and ointments that will relieve pain and itching when you ride.

These creams would also prevent inflammation and possible infections of the area.

They also aid recovery and prevent acute exacerbations of hemorrhoids.

Recommended Treatment and Prevention for Hemorrhoids

It is preferable to take preventive measures to avoid getting hemorrhoids rather than attempt to get rid of existing ones.

Here are some simple measures to take to prevent hemorrhoids:

Your physician may suggest you increase the amount of high-fiber foods you consume in your diet.

Eating foods high in fiber can help treat and prevent hemorrhoids. If you want the fiber in your diet to act more effectively, drinking water and other liquids like fruit juices and soups will help.

Consuming enough water is essential for all of your health generally. It is a simple option that can help alleviate digestive discomfort and improve your bowel movements.

Everyone has a different point of view regarding how much water an individual should consume daily.

It is recommended that a typical adult male drink approximately 15-16 cups, equivalent to 3.7 liters of water per day.

It is recommended that a typical adult woman consume between 11 and 15 cups, equal to approximately 2.7 liters, of water daily.

Regular physical activity can make a significant improvement to your digestive health.

First, it will make keeping a weight appropriate for your body easier. This will help you avoid becoming obese, which is linked to several health problems, including hemorrhoids.

Additionally, it assists in moving everything through your system, which helps flush out toxins and waste while making room for newly consumed food to proceed through the cycle.

Avoid Holding it In

When you need to use the restroom next time, go. Please don’t hold it off any longer than necessary. The longer you hold your stool, the more likely it become dry and hard.

Another advantage is that it prevents the accumulation of excess gas and the discomfort that comes from sitting there for too long.

Last but not least, it’s okay to exert some pressure when using the restroom, but you should avoid straining.

You don’t have to exert an excessive amount of effort, as was stated earlier. Your veins will be subjected to additional pressure if you strain.

Happily, hemorrhoids are not linked to cycling. However, if you already have hemorrhoids, you may find that cycling worsens your symptoms.

People with hemorrhoids should take precautions when riding their bicycles. If they don’t, run the risk of worsening their hemorrhoids.

On the other hand, hemorrhoids do not automatically preclude you from safely riding a bicycle.

So, get a bike with a comfortable seat, drink lots of water and eat fibrous food.

1 thought on “Can Riding A Bicycle Cause Hemorrhoids? (Ultimate Guide)”